Since one of the first public mass shootings, the University of Texas tower shooting of 1966, there has been more than 150 public mass shootings taking over 2024 lives (in 2018). These shootings are not related to gangs, robberies or other crime and have frequently had very obscure motives. Most of the victims in these shootings are injured or killed at random and include the very old and very young. The mass shooting fatalities are increasing every year and those who have passed due to these horrific events are too easily forgotten when a subsequent shooting happens.

In this project I wanted find a new way to bring to light growing gun violence epidemic in the United States. The outcomes had to be visually captivating and leave a lasting impression on the viewer. The visual outcome had to be revealing, insightful and be versatile in where it can be displayed.

I conducted research into all the suspects and the victims of mass shootings in the United States. My researched spanned from the very first mass shooting (University of Texas tower shooting) in 1966 to early 2018. As a data point for this project, I painstakingly collected the names of everyone that has perished in the 52 years of mass shootings and arranged them chronologically in a blood splatter design. 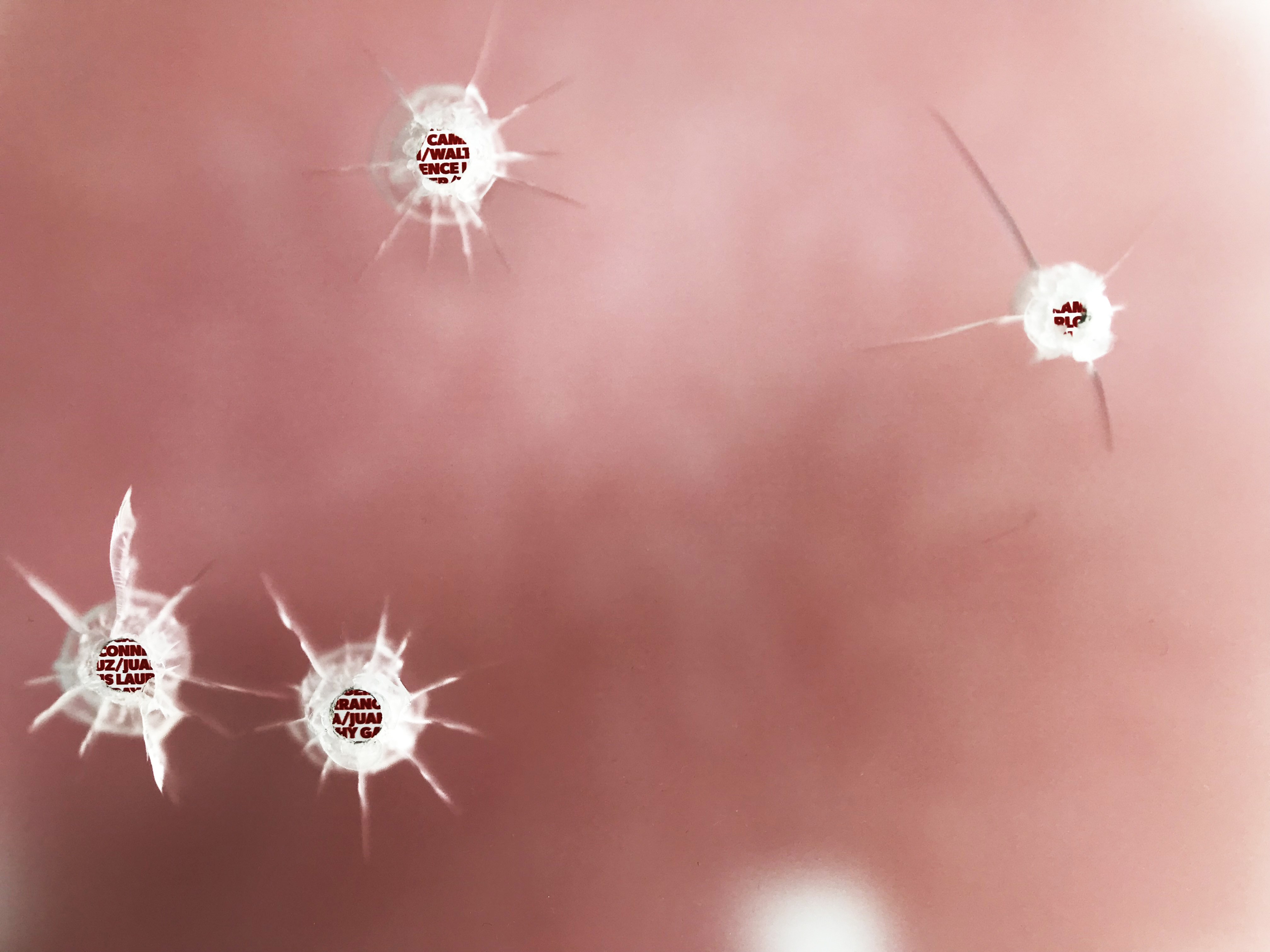 To get a sense of the horrendous experience of being in a shooting, I went to gun range to experience a professional shoot multiple rounds of the notorious AR-15 machine gun rounds. I wanted to capture this destructive experience in my visual component, so I had a professional shoot at a glass-like acrylic sheet. The acrylic sheet helped visualize the intense power and destruction of a machine gun. The sheet was shattered and captured some of the bullet residue. I used the bullet-ridden acrylic sheet to obscure the names so the viewer can be intimately drawn in to read the names but only through the bullet holes. 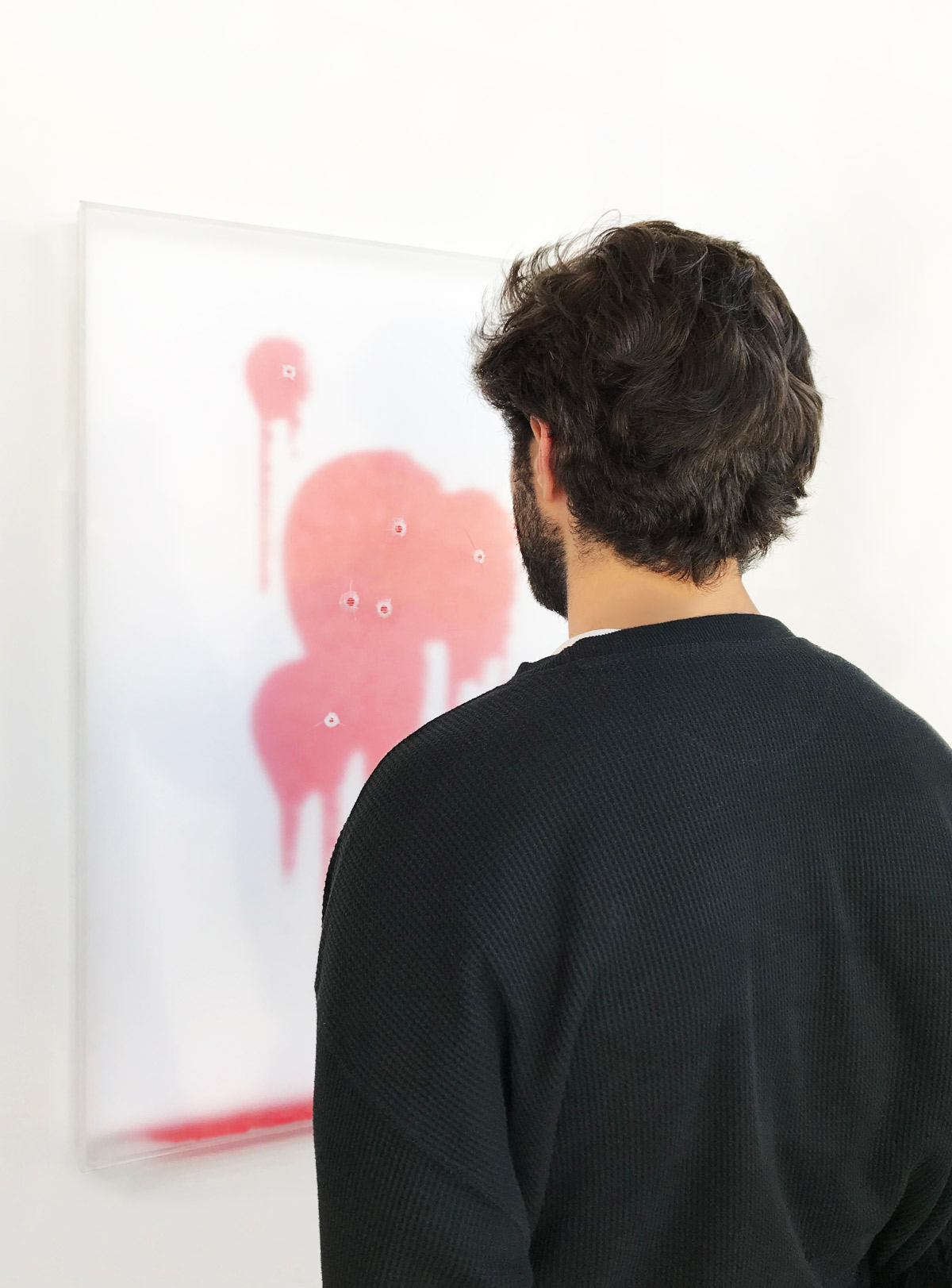