The famous 27 Club musicians include; Brian Jones, Jimi Hendrix, Janis Joplin, Jim Morrison, Kurt Cobain, and Amy Winehouse, all of whom died at the peak of their careers at the age of 27. The British MedicalJournal (BMJ) researched the 27 Club phenomena and found that there is defi­nitely a drastic statistical spike in the age of 27. The BMJ concluded their findings by stating that the mid-’20s is de­finitely a difficult time for young adults when it comes to discovering drugs and alcohol and reaching a level of fame but that the age with the most musician deaths is 62. BMJ notes that the 27 Club is still an interesting phenomenon.

I chose to collect the names of every musician that has died at the age of 27 through the decades and categorize them according to what drugs had caused their demise. Three main drug categories arose from my research: opiates, barbiturates, and alcohol. 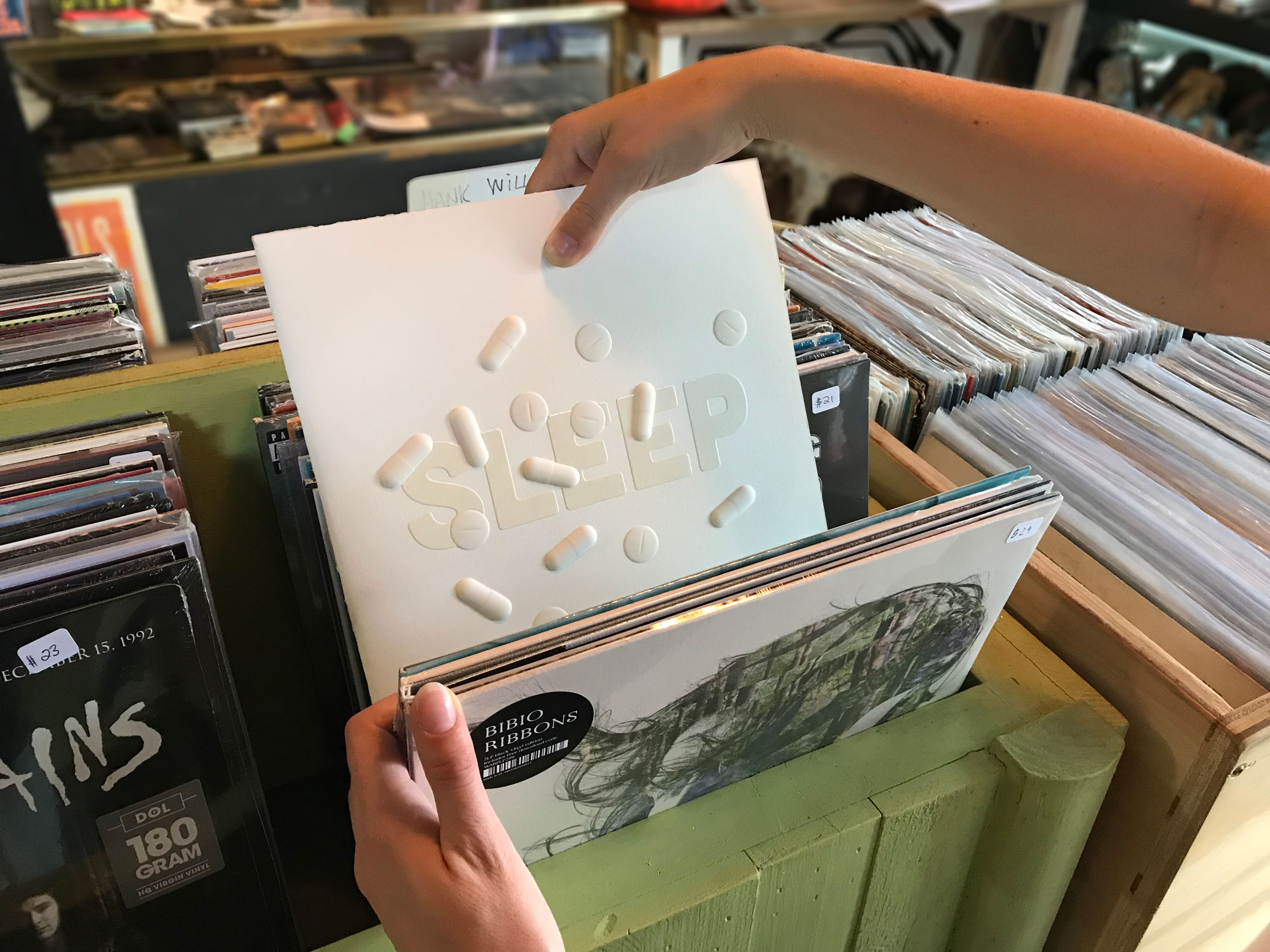 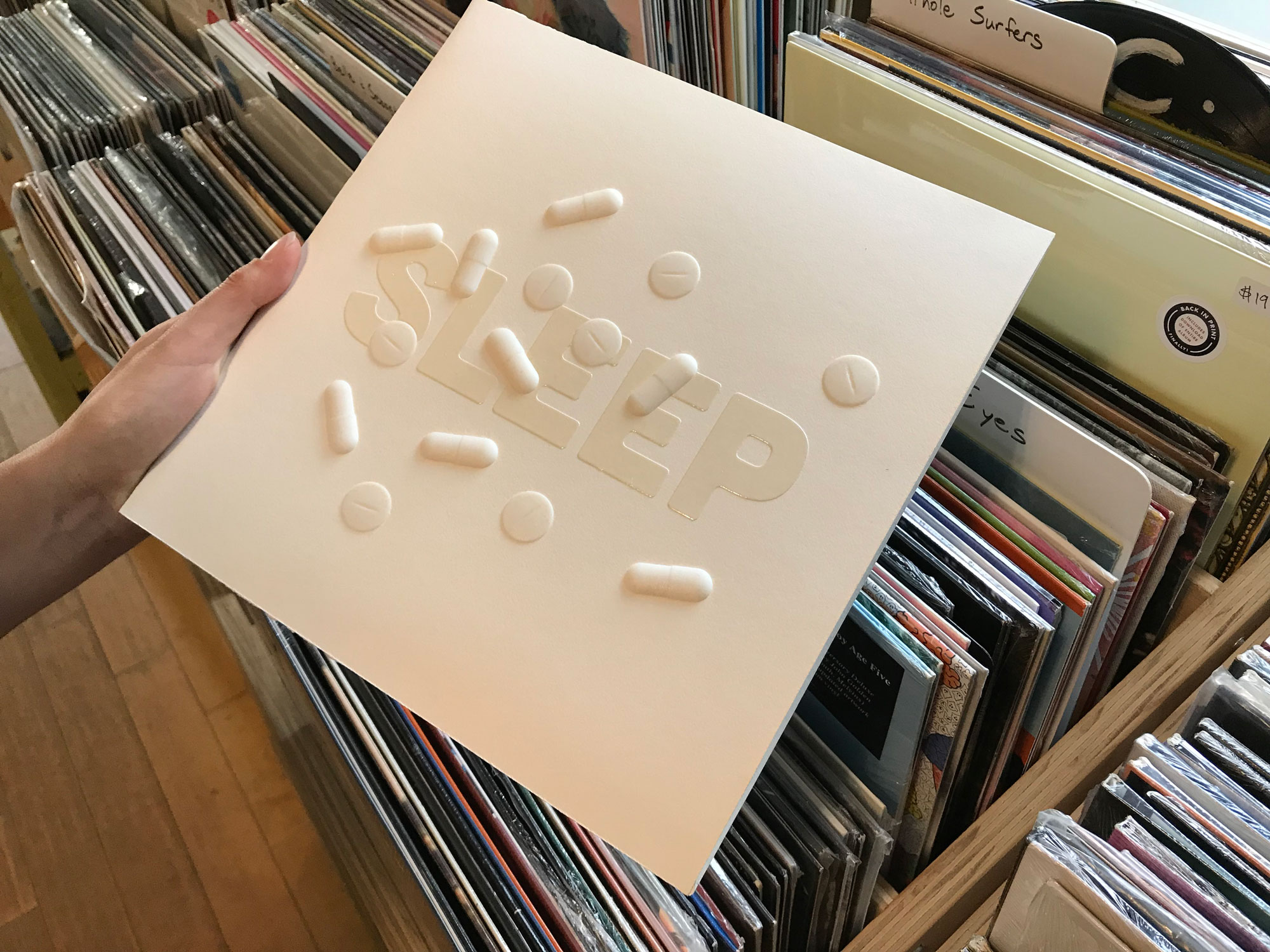 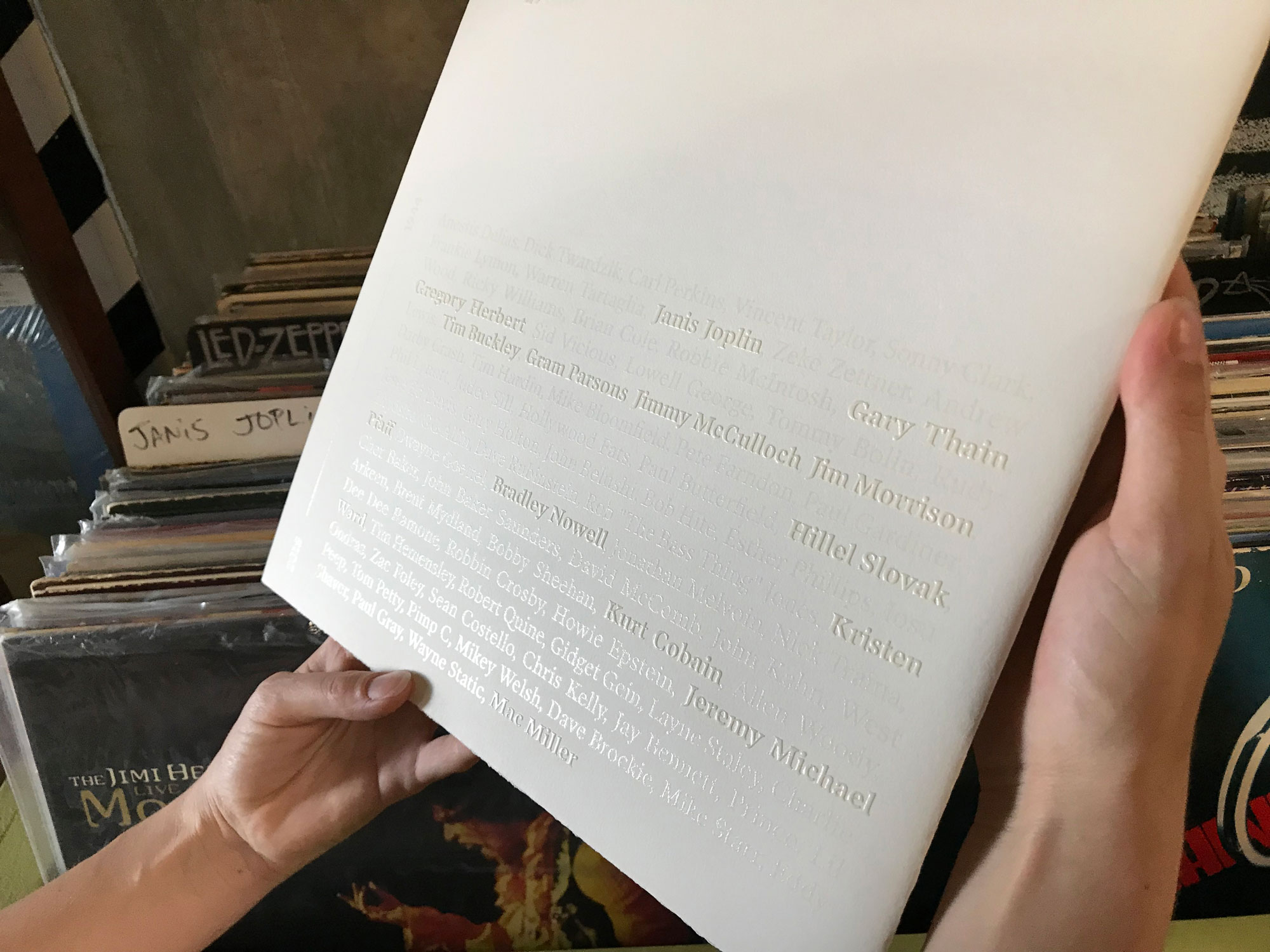 To visualize my findings, I found it fitting to create a record sleeve to represent each drug category in sizes that represent the drug overdose frequency. Opiates being the biggest killer, were printed on a 12” LP sleeve, second was barbiturates on a 10” EP sleeve, and lastly was alcohol, which was printed on the 7” single sleeve. 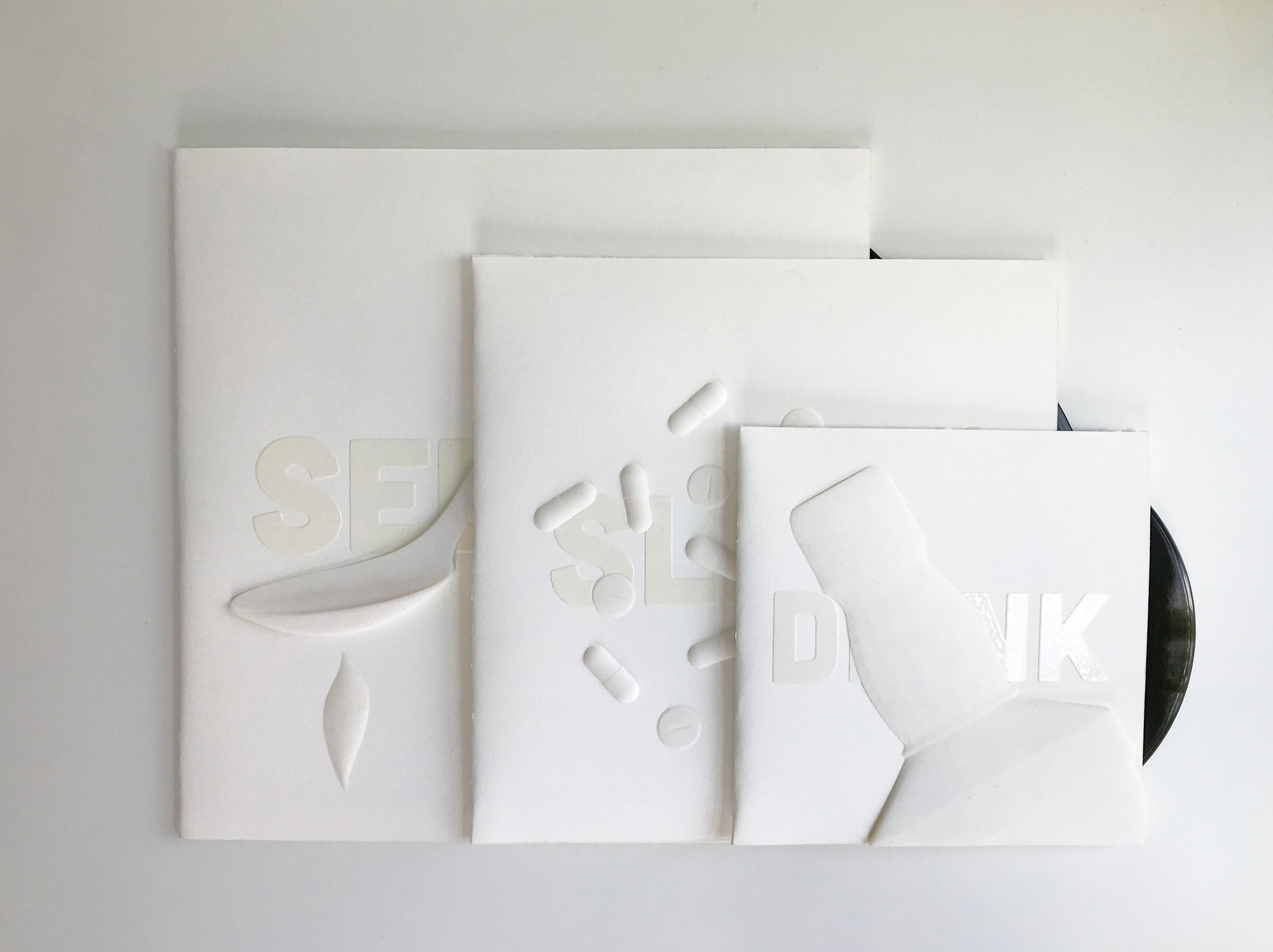 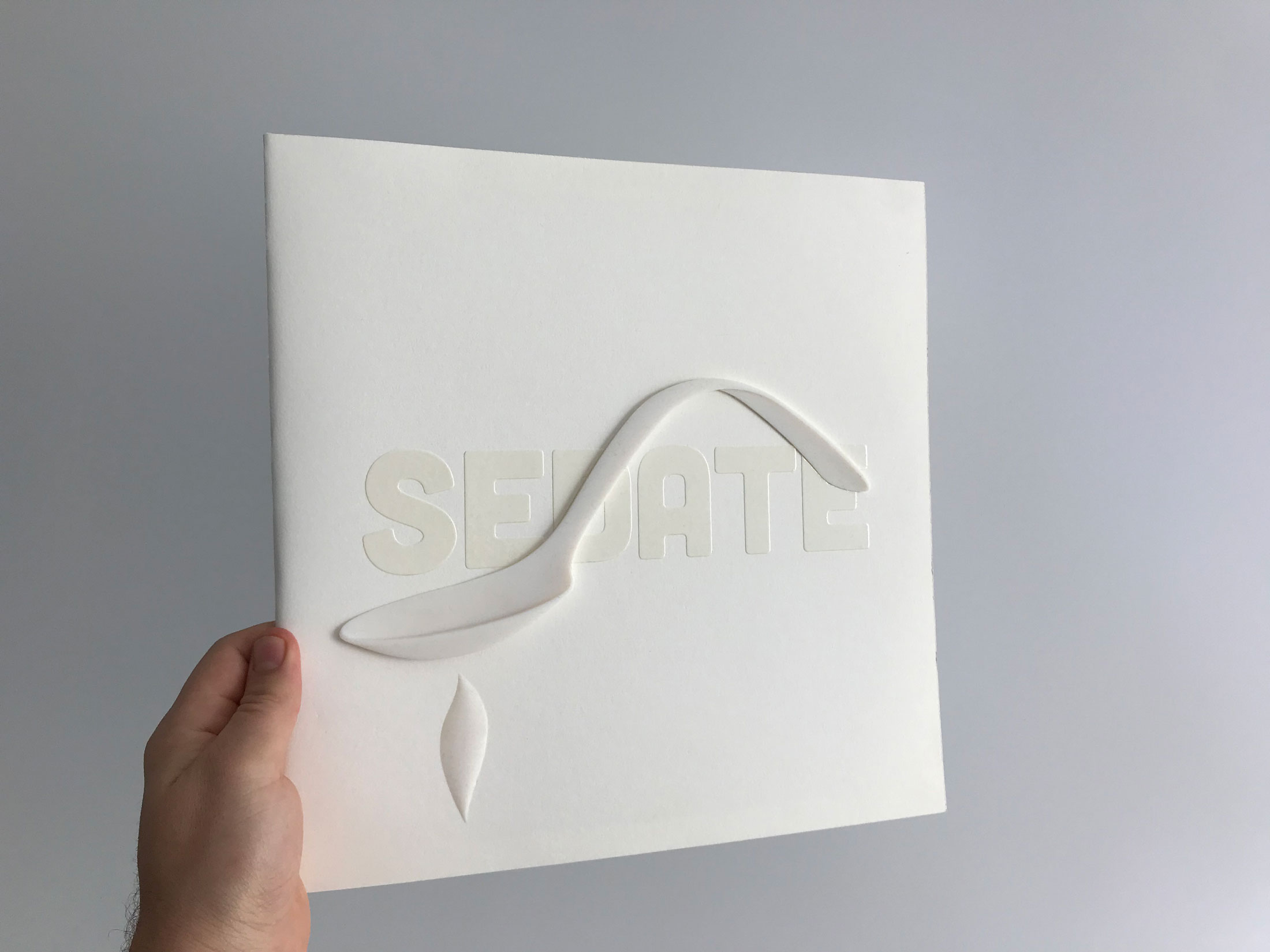